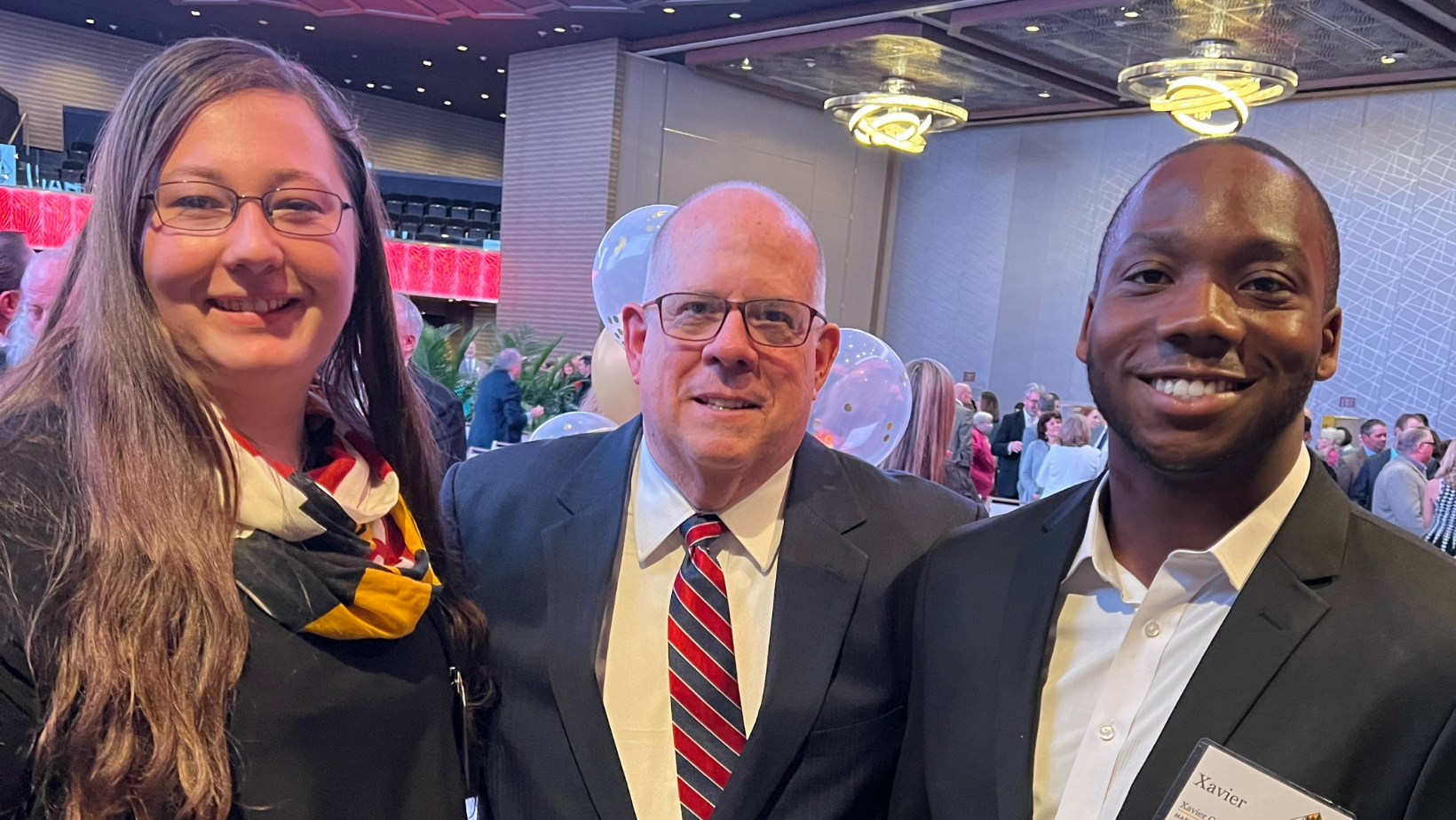 The Ag Ambassador program is MDFB’s updated scholarship program supporting both one male and one female student. The two ambassadors will represent Maryland Farm Bureau throughout 2022 at events encouraging involvement in and honoring agriculture in the state. Xavier Cox and Jaclyn Bryant were selected as the two first-ever Ag Ambassadors at the 2021 Maryland Farm Bureau Annual Convention and Meeting of Delegates.

Xavier Cox
Xavier, from Baden, Maryland, earned this honor through his interest in studying agriculture in high school and carrying on those studies in college at the University of Maryland Eastern Shore (UMES). He hopes to pursue a future career as a pilot to engage with those who do not have a connection to food and agriculture to spur conversations about the importance of everyday  necessities, such as transportation and food. As a pilot, he understands that everyone needs agriculture. “Before flight, horses, a product of agriculture, kept the world running and provided us with transportation,” he said, “and now air travel can even transport food.”

Xavier became fascinated by agriculture on his first flight when he was six years old. “My dad is in the military, so I got to take a military flight. When I saw the horizon and the fields, I have had a love for agriculture ever since,” Xavier said. “I also discovered careers in agriculture my freshman year in high school. That year, I enrolled in a four-year environmental science program which connected me to FFA (formerly known as Future Farmers of America), where I went on to become an officer,” he continues.

“Being in FFA opened so many interests and opportunities in agriculture that I never knew existed. I discovered Maryland Farm Bureau at an event in Baden. I agreed with everything Farm Bureau was doing in the local community, and I could see myself doing those same things. Even though I am an Aviation major, I am still involved in agriculture on campus, volunteering to feed the young kids (goats) and lambs. I help out on the farm when extra help is needed and also help local neighbors on their farms,” he said. Xavier produced and sold flowers, vegetables and hay with his FFA chapter, and baby chicks for his individual capstone project.

So far in the role, Xavier has talked with his UMES ag program on how to outreach to elementary schools to bring in animals and introduce students to food production. He wants to show that agriculture is not just for farmers, but is an important part of life for everyone. He has various school trips planned in his goal to outreach. “My ultimate goal is to go to every county and show that you don’t have to work in ag to enjoy and appreciate ag. You may have a different career, but you can keep ag in your life,” he said.

Xavier plans to support agriculture even as a pilot through Farm Bureau involvement and engagement. Likewise, his father is a non-farmer member of Farm Bureau. “All the speculations about how food is raised now — with many negative myths — I can engage with other non-farmers in my everyday life,” said Xavier.

Xavier enjoys working in his greenhouse to plant squash and cucumbers, working on project cars to sell or keep, and flying planes.

Jaclyn Bryant
Jaclyn Bryant is from Ijamsville, Maryland, and attends Frederick Community College, as she prepares to transfer to a veterinary medicine college. She has been involved in agriculture and in Maryland Farm Bureau in many ways, from the Young Farmers program, to the state fair, to participating in the Women’s Leadership Committee, and more.

Her family’s farming background includes living and working on a third-generation equine boarding facility where they also breed, raise, show, and sell diversified livestock. Jaclyn will be working with all types of animal owners in vet medicine, where she can discuss with all of her patients’ humans on the positive treatment of animals in agriculture.

“As one of Maryland’s Ag Ambassadors, I want to advocate for ag to the rest of the world,” said Jaclyn. “This role gives me a voice, which I will use to show others how farmers strive for quality, especially with the care of animals. This is also why I want to be a vet, combined with pride for my family’s history and livelihood. I look forward to making a difference in lives by caring for the beloved animals of others, as well.”

Jaclyn plans to pursue a Masters of Public Health with her DVM with hopes of becoming a mixed practice animal veterinarian. “In addition to my professional goals, I hope to be able to continue to work with youth and grassroots agricultural organizations to enhance learning and opportunity for younger agriculturalists and continue learning in these organizations for my own personal growth,” she said.