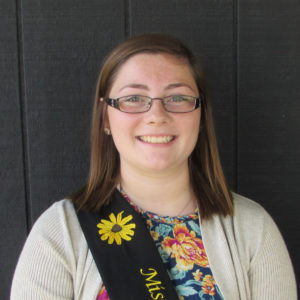 “I live on a dairy farm where we no longer milk cows, but raise calves to show. We also breed and sell pigs and boer goats.”

Tiffany was selected as the 2018 Miss Maryland Agriculture 1st Runner-Up, so she will be be representing the agriculture in her county and the state throughout her year as a Miss.

All About Farm Bureau

The American Farm Bureau Federation (AFBF) was created in 1920 to bring together farm and ranch families to find solutions to fix agricultural issues facing American farmers. Farm Bureau has members ranging from local communities to county, state, national, and international groups. The agricultural issues that face American farmers can differ based on location. Some of these issues include the decline in the honey bee population and crop damage from deer.

The American Farm Bureau Federation is not only involved in national issues, but also state issues as well. An agricultural issue Maryland farmers are facing is the significant amount of crop damage from deer. In hopes of diminishing this problem, the Maryland Farm Bureau works with the Department of Natural Resources to encourage farmers to apply for a Deer Cooperator Permit. This permit allows only the person applying for the permit to address the deer, and the permit holder to shoot at night. By farmers applying for this permit and using it to its full potential, it will have a direct correlation to minimize crop damage.

As the agriculture industry is advancing every day, the amount of issues among each industry will continue to rise. Without organizations like The American Farm Bureau Federation, major agricultural issues wouldn’t be addressed and have a potential resolution. In return, this would have a negative impact not only on the producer, but also the consumer.