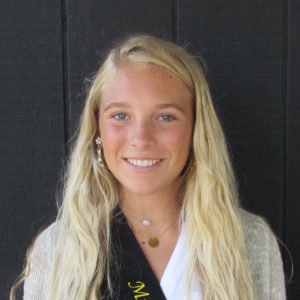 “My agriculture background includes a dairy farm, black Angus cattle, and Arabian horses. I also have a an aquaculture background working with oysters and crabs. I am 16 years old and a rising junior at Colonel Richardson High School.”

All About Farm Bureau

The Farm Bureau is an organization that was formed to protect and grow agriculture. As well as to preserve the rural life that we have today. One of the primary objectives of the Farm Bureau is to lobby for favorable legislation on a local, state, and national level.  The Maryland Farm Bureau is a private, non-profit membership organization. The organization is member controlled and financed by voluntary membership dues. Our states 23 counties have supposedly over 30,000 member families and the American Farm Bureau federation has been updated to have over 6 million member families in more than 2,600 counties across America. Reasons for joining the Farm Bureau be to one, help protect Maryland’s natural resources and rural landscape. Secondly you should join so you can support family farms that are passed down through generation to generation. A third reason that someone should join the Farm Bureau would be so that way they can gain access to local food, local farmers markets, and on farm activities. A fourth reason why you should join would be to have a commitment to a safe food supply and the human treatment of animals. An the fifth and final reason I think that someone should join Farm Bureau would be if your family has been active in it so should you if you are dedicated enough to agriculture and to protecting what we have left of rural areas. The President of the Farm Bureau is Chuck Fry, the first Vice President is Wayne Stafford, and the second is John Draper, and the Executive Director is Valerie Connelly. For Caroline County the President of the Farm Bureau is Glen Plutschak and the Vice President is Frank Covey. Also Joan Cesarini is the President of the Woman’s Chair in Caroline County.