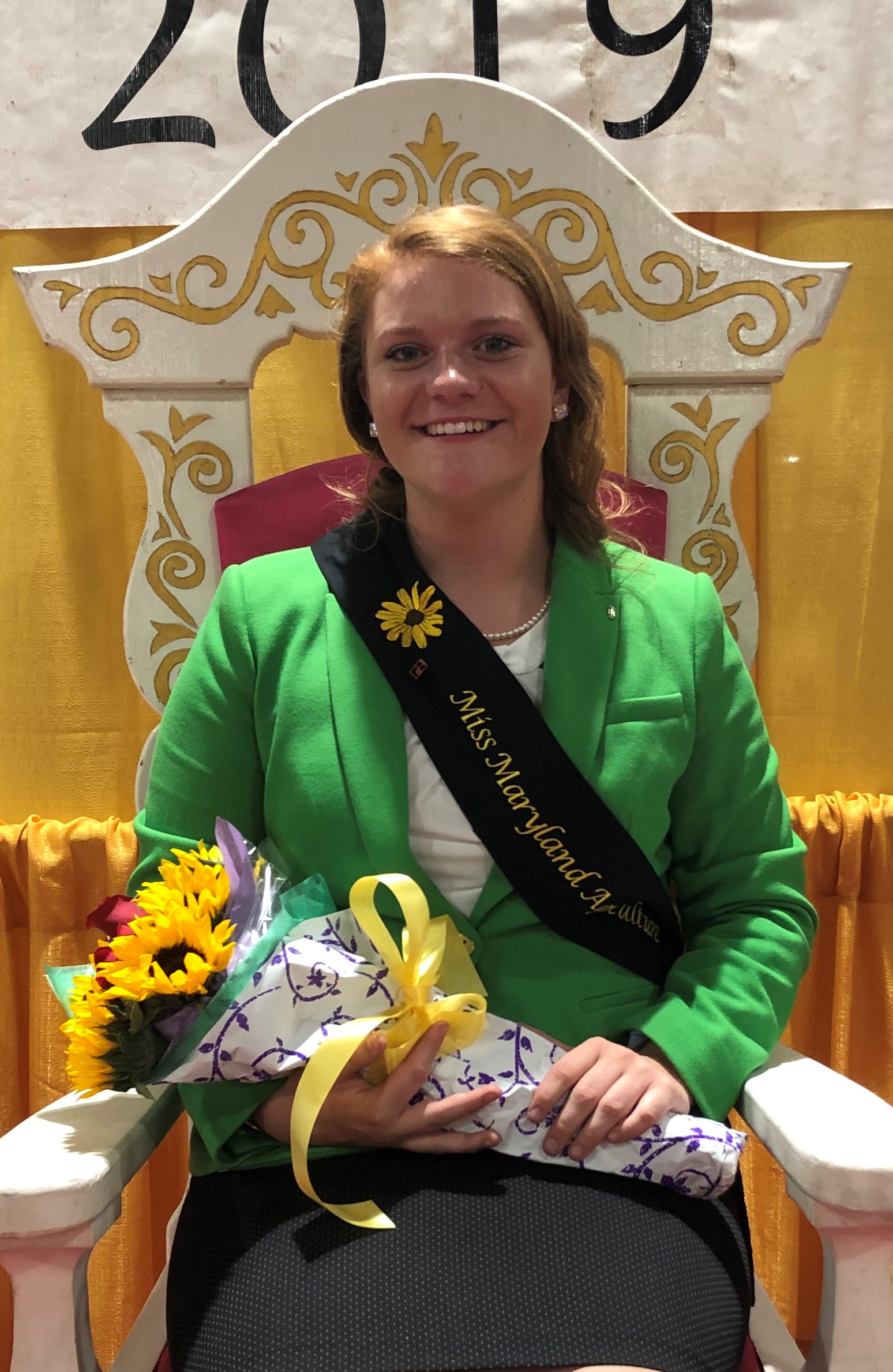 The Miss Maryland Agriculture contest is held each year by Maryland Farm Bureau and Maryland State Fair. Competitors are selected at the local level to serve as ambassadors for the county Farm Bureau. Young agriculturalists represented 21 counties in the two-day contest, participating in round-table discussions, first impression scenarios, and public speaking.

“I’m honored to serve as a voice for Maryland agriculture over the next year,” says Rhodes. “I look forward to meeting local and state officials to advocate for our farmers and continue Maryland Farm Bureau’s mission of preserving and protecting agriculture in the state.”

Melyn Rhodes of Millington is the daughter of Gregory and Melinda Rhodes. She has been actively involved in FFA at her high school, holding several officer positions including vice president. Rhodes is currently a freshman at Chesapeake College, studying general agriculture and radiology technology.

Sydney Garner of Newburg is the daughter of Brent and Nichole Garner. Her family owns 2,000 acres of farmland, growing small grains and livestock. Sydnie currently serves as president of her 4-H club and represented Maryland on the winning team at the National 4-H Skillathon competition.

Olivia Scuderi of Gaithersburg is the daughter of Vince and Stephanie Scuderi. Olivia is a member of the Montgomery Sheep and Swine Club and president of the Damascus Livestock group. She raises Southdown, Hampshire, and Hog Island sheep.

Sara VanRyswick of Leonardtown is the daughter of Michael and Mary VanRyswick. She lives on her family’s 100-acre farm where they raise pigs, beef cattle, grain, and hay. Sara grew up actively involved in 4-H and enjoys sharing her passion for agriculture with local students through a farm to school program.

Sydnie Grossnickle of Union Bridge is the daughter of Robert and Lydia Grossnickle. Sydnie grew up on her family’s dairy farm, raising jersey cattle and grain. She currently attends Frederick Community College and previously served as the Maryland Dairy Princess and president of Maryland FFA. 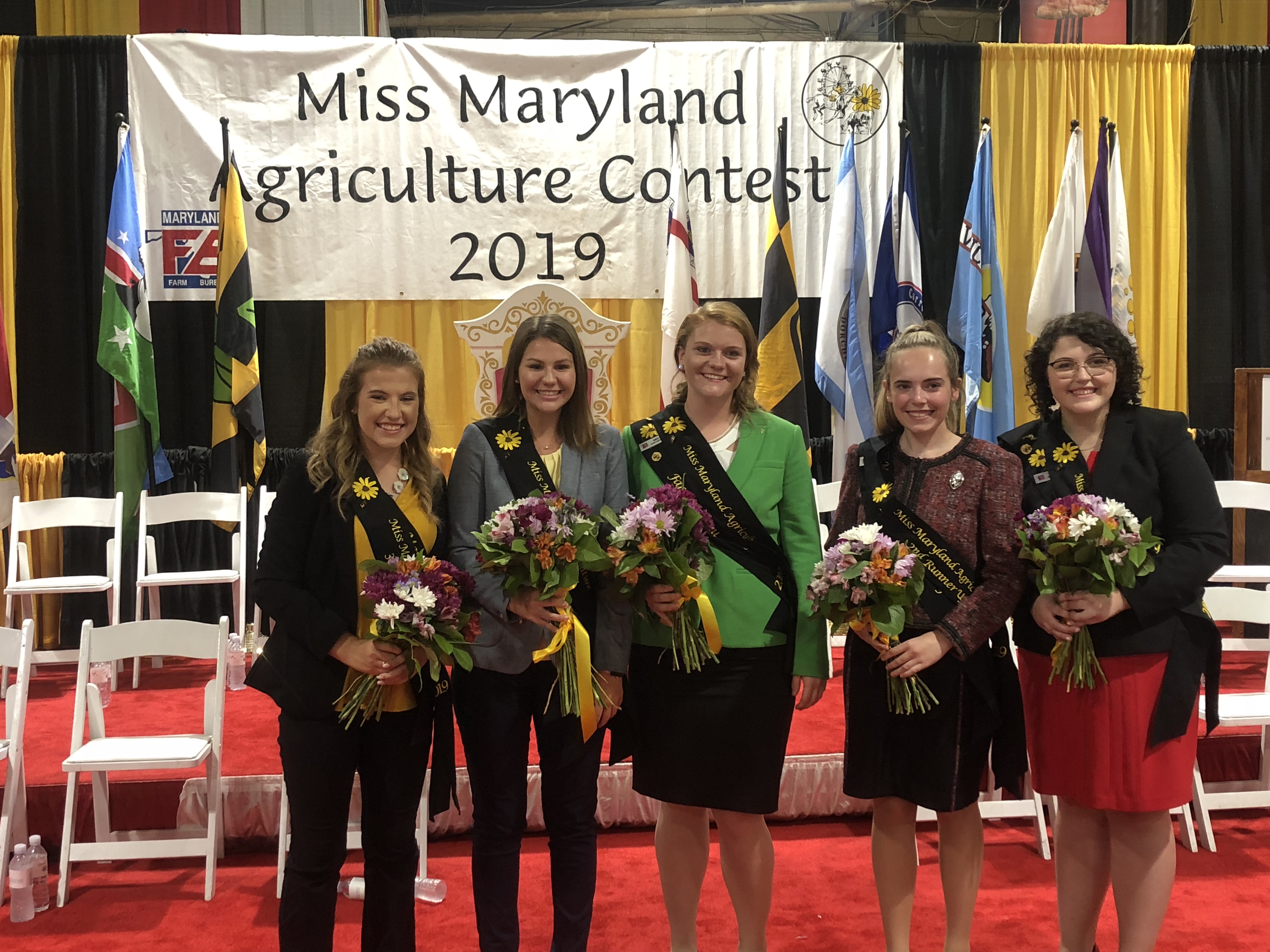 2018 Miss Maryland Agriculture Bailey Riggs says she will continue to promote agriculture in Maryland and beyond. She is attending school at James Madison University this fall.