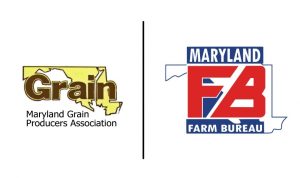 The Maryland State legislature convened in January for an unprecedented, largely virtual, legislative session. COVID-19 and other important issues from the trying year that was 2020 have given the legislature plenty of priorities to focus on and overcome during the 2021 session. Given the limited time for legislators on the floor and priority issues to advance during a global pandemic; one would assume the Senate would not spend precious legislative time overriding a Gubernatorial veto on a bill for which the provisions have already been enacted through regulation. That is why they should not seek to override the veto on Senate Bill 300 “Pesticides – Use of Chlorpyrifos – Prohibition” that passed in the waning hours of the truncated 2020 session.

Senate Bill 300 sought to set a precedent as the first legislative ban of an agricultural pesticide in Maryland history; a process historically done through regulation at the Federal and state levels. Senate Bill 300 sought to end the use of Chlorpyrifos by December 31, 2021 and regulations have already been enacted to do exactly that. Overriding the veto and expending limited floor time on this issue which has already been resolved instead of using that time to advance policies that could create real, positive change does not serve Maryland’s citizens.
During the 2020 legislative session, the agricultural community worked with bi-partisan members of the Senate and the Governor’s administration to craft a regulatory solution to meet the intent of Senate Bill 300. These regulations were drafted and submitted during the 2020 legislative session to phase Chlorpyrifos out of use in Maryland on the same timeline proposed in the bill and took effect in June 2020. Upon enactment of the regulations, aerial application of Chlorpyrifos was banned immediately. All other uses were banned as of December 30, 2020 with the exception of snap bean seed treatments and fruit trees in order to give those farmers time to seek out and transition to alternatives. Use of Chlorpyrifos in those instances be eliminated as of June 30, 2021 with a provision for emergency exemptions until December 31, 2021 after which time, Chlorpyrifos will no longer be registered for use in Maryland. Finally, the regulations set up an advisory committee to help farmers transition to alternative products.

There is nothing more to be achieved from a policy perspective by overriding the veto on Senate Bill 300. We believe proponents of the bill seek to override the veto to set a precedent of legislatively banning pesticides in Maryland and circumventing the robust, regulatory process in place governing pesticides. Pesticides are reviewed and approved by the Environmental Protection Agency through an extensive, scientific process. Authority for pesticide regulation at the state level in Maryland is delegated to the Maryland Department of Agriculture. This process often takes nearly a decade with review at least every fifteen years.

Any change to the regulations banning Chlorpyrifos would be a public and open process requiring submission to the Administrative, Executive and Legislative Review Committee of the Maryland State Legislature, publication in the Maryland Register, and public comment to be considered before enactment. That being said, the agricultural community has no intentions of going back on our word to support the regulatory phase out of Chlorpyrifos in Maryland and seeking changes to the regulations. Banning Chlorpyrifos in Maryland is not without consequences. Many farmers are now faced with a daunting task of finding alternative products to protect their crops to continue growing safe, reliable and affordable food for Marylanders. We hope the Maryland legislature will spend their time improving the lives of their constituents through meaningful policy rather than overriding a veto on a bill that will achieve nothing beyond what has already been done through regulation.