Industrial Hemp – A Fad or a Real Opportunity for Maryland Farmers? 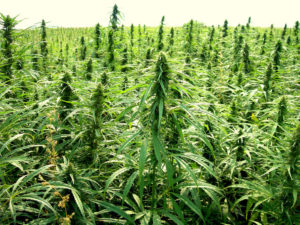 Several very interested stakeholders met on May 30th to discuss the next steps.  Two primary actions have to be completed before any production can be started.  First, the Maryland Department of Agriculture has to communicate regulations to define the parameters of growing industrial hemp in Maryland.  Second, farmers need to find sponsor universities or colleges to research the production of industrial hemp in Maryland. When these two steps have been completed, a farmer can move forward with acquiring the seed and planting the crop.

When do you plant industrial hemp?

Industrial hemp follows a similar growing pattern as corn and soybeans.  Typical planting season would be mid to late spring with a harvest in early September.  Because of this planting time frame, it is not likely that the production of industrial hemp in Maryland will occur until the late spring of 2019.  This should give interested farmers ample time to complete the necessary steps to be able to grow the crop.

Is this a fad or is there real demand for industrial hemp?

In Maryland, this is still being determined.  It’s similar to the chicken or the egg scenario.  Which one should come first: demand or supply. Hemp products are currently being produced in and around Maryland.  The source of the hemp material used in these products is coming from outside the US in most cases. There are three primary commodities produced in industrial hemp production.  Hemp seed is the one most consumers see when in a grocery store. Hemp seed is high in protein (31%) with an amino acid profile similar to soy. This could make hemp seed meal a good alternative bypass protein source for livestock feed.  It is high in total fat (49%) making the refined oil highly sought after for similar uses as soybean oil.

Another large product generated in hemp production is the fiber from the stalk of the plant.  Industrial hemp is fast growing and will get 10 to 12 feet tall. Like in corn, the stalk of the hemp plant makes up the vast majority of the volume of product harvested.  This fibrous material has several uses. The fiber can be refined to be used for textiles and clothing, as well as used in building materials such as insulation, car paneling, and the fibrous material in concrete block and walls.

The third product, and most likely the most profitable product, generated from the hemp plant is the production of Cannabidiol (CBD).  The medicinal product is refined from the flower and leaf of the plant.

There looks to be opportunity for production of industrial hemp in Maryland.  The next steps for Maryland are to implement the necessary regulations and research partnerships, along with identifying the potential buyers of the hemp harvest.  Maryland Farm Bureau is assisting with this process, and will continue to assist with implementing farmer-friendly regulations that stay within the legality of the 2014 Farm Bill program. Maryland Farm Bureau will update the status of these regulations throughout the summer in future GRB articles.

Note: There is a real possibility that industrial hemp will be decoupled from marijuana in the 2018 Farm Bill based on initial discussion. The Senate version will be released soon.  If this happens, the demand opportunities will greatly increase, and most likely the supply will too.